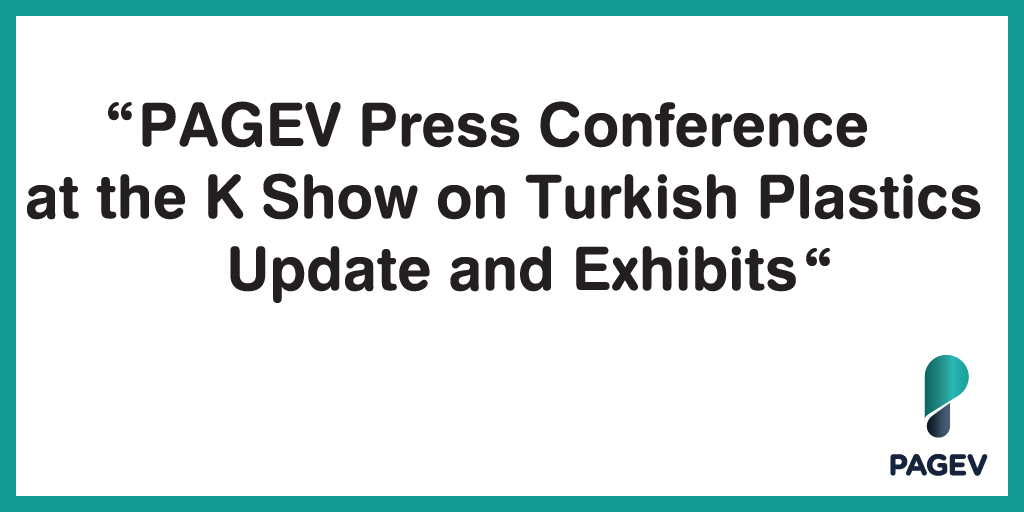 In our press conference we will share with you the facts and figures about Turkish Plastics Industry which is the second largest in Europe after Germany and 6th largest gloabally in terms of plastic products manufacturing. We will also give details about Turkish Exibits at the K Show and future perspective under the light of last circumstances as well as insights. All questions would be welcomed.

Facts and Figures In and Instance

PAGEV is the trade Foundation, based in Istanbul, representing Turkish Plastics Value Chain. PAGEV now totals 650 trustees and 1250 related members representing %80 of all Industry Revenue. PAGEV has its own Plastic Vocational Training Schools with 2000 students. And has a subsidiary which is one of the three Authorized Recycling Scheme Companies of Turkey. PAGEV also organizes the one of the world’s top largest Plastic Exhibitions done annually called “PlastEurasia”.