Turkey's plastics industry worries about impact of unrest on exports

Turkey's plastics industry worries about impact of unrest on exports 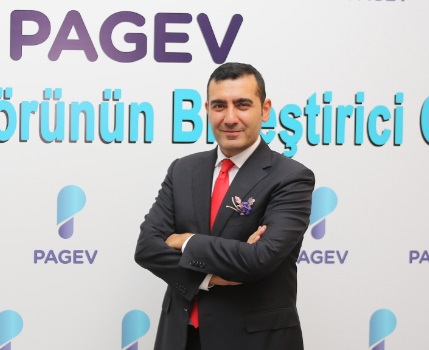 Taipei, Taiwan — Turkey’s plastics industry is concerned that the failed coup in mid-July is making global manufacturers skittish about the supply chain there, and it plans a publicity effort to try to reassure them and retain business.

The head of one of Turkey’s largest plastics trade groups, PAGEV, said in an Aug. 13 interview that Turkish plastics processors are worried they will lose business as global manufacturers grow nervous about their sourcing in Turkey in the wake of the failed military coup that killed 300 people.

As an example, PAGEV President Yavuz Eroğlu noted that a Turkish plastics packaging maker recently had a customer, a big European supermarket chain, shift some business to a Spanish supplier.

“What happened is after the coup, [the supermarket chain] said ‘We are not sure you can have supply security in Turkey because of the situation and we want to have one more supplier in Spain,’” Eroğlu said, adding that the supermarket company shifted 20 percent of its business from Turkey to Spain.

“Especially some big groups, they have fears there might be a problem with the supply chain of Turkey,” he said.

So Istanbul-based Pagev, the Turkish Plastics Industry Foundation, plans to make a video and prepare materials to argue that the country’s plastics industry supply chain remains reliable and safe, he said.

“We are making a video we are going to send to all the plastics associations and distribute,” he said. “If I hear from my members, it is important to us.”

Turkey’s plastics industry has become a more important supply base, and now ranks as the second-largest plastics processing country in Europe, behind Germany. Turkey is Europe’s largest maker of appliances and has a sizable auto industry.

Eroglu was interviewed at the Taipei Plas trade fair in Taipei, where PAGEV brought a delegation of Turkish firms and he gave a presentation on Turkey’s industry.

In his speech, Eroğlu said Turkey’s plastics processing industry expects its output to grow close to 9 percent for 2016, after growing 8 percent in the first half of the year.

He told the audience that the plastics industry has not been impacted by the political trouble inside the country: “From the business side, everything is normal.”

Some analysts, like Global Risk Insights, have pointed to risks from loss of tourism to Turkey and the government’s large crackdown on organizations and businesses it links with Islamic cleric Fethullah Gulen, who the government accuses of organizing the coup.

The CEO of Turkey’s dominant plastics producer, Petkim Petrokimya Holding A.Ş., stepped down in late July in a move that media reports linked to the crackdown following the July 15 coup attempt.

Eroğlu, however, said the aftermath of the coup should not hurt Turkey’s domestic plastics demand, noting that the largest market, packaging, is not impacted by political issues like the coup and recent bombings.

In an interview after his speech, he said Turkey could also increase infrastructure spending in the short term to help maintain the economy, which could increase demand for construction products, the second-largest end market for plastics in the country.

But he acknowledged concerns about how Turkey is viewed by global businesses: “The only negative factor is the exports… [and] the people’s minds that we might have a problem in the supply chain.”