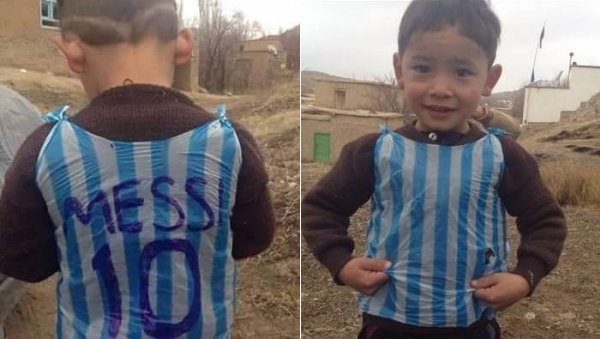 Afghanistan's Little Messi got to go to Spain thanks to the Plastics industry.

The plastics industry was the first to reach Afghan Murtaza Ahmadi who touchingly wore a jersey bearing Messi's name made out of plastic bag. PAGEV (Turkish Plastic Industrialists’ Foundation) endeavored to make the little football enthusiast's dreams real from the day he hit the news. With the help of the Consulate General of Afghanistan Embassy and the Turkish Embassy in Kabul, PAGEV reached young Murtaza in his village in Afghanistan. PAGEV helped this little Messi fan have his identity card and passport to let his dreams come true. Meanwhile the Royal Spanish Football Federation stepped in to open the way for Murtaza to go to Spain and meet Messi.

As a foundation putting the value of plastics and their contribution of recycling to economy into words at every opportunity, Turkish Plastics Foundation (PAGEV) could not stand indifferent to the photo of Afghan Murtaza Ahmadi wearing a Messi jersey made out of plastic bag. Nobody knew where Murtaza was, but PAGEV could reach him by making diplomatic attempts and negotiations to realize this little Messi fan's dream of meeting his idol. 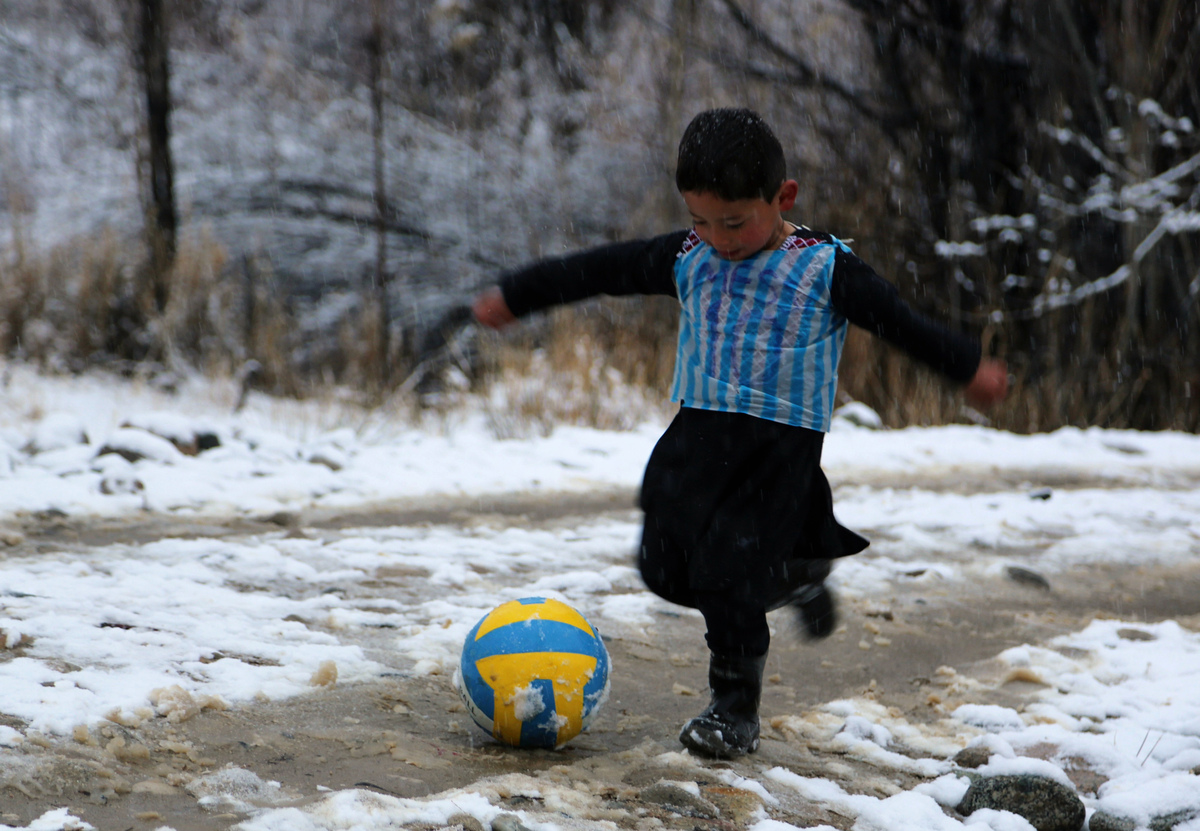 "This little kid who wore jersey made of plastic bag was alleged to be living in Northern Iraq, but we found out that he is Murtaza Ahmadi, a five-year-old child living in the Jaghori district in the Afghan province of Ghazni. Murtaza lags in his ability to talk, but he has beautiful dreams particularly about Messi and football. His biggest dream is to be like famous footballer Messi, wear his jersey and see him face-to-face" said Yavuz Eroglu, the Chairman of the Executive Board of PAGEV, speaking of their efforts to find little Murtaza and help him with his dream.

Outlining their attempts, Yavuz Eroglu said "Since the last week, we have succeeded in accessing the whereabouts of Murtaza Ahmadi thanks to our cooperation with the Consulate General of Afghanistan and the Turkish Embassy in Kabul. During our diplomatic contacts, we made great use of help of Malik Quraisi, the Consulate General of Afghanistan in Turkey, Hatif Hashemi, the Afghan Consular, and Ali Sait Akýn, our Embassador in Kabul. We contacted Murtaza Ahmadi and his father in a short time in their village that is 189 kilometers away from Kabul with the help of our Consulate. We began with helping the kid have his identity card and passport issued. There was an armed conflict in the region, so we had to wait until the conflict was settled to ensure a safe drive to the capital city Kabul and get the paperwork done. Murtaza and his father was transferred to Kabul under protection of the army.. We received Murtaza Ahmadi's identity card and passport in a short time after the official procedures, opening the first gate to his dreams".

Explaining that they cooperated with the Consulate General of Afghanistan in Istanbul and the Turkish Embassy in Kabul in this process, Yavuz Eroglu, the Chairman of the Executive Board of PAGEV, continued his words: "Worlds Population exceeded 7 bilion short time ago. We need to provide food , shelter and a prosperous future for these people . The only way to this is to use our limited sources efficiently. Plastic is The material for efficiency . Thus even, Murtaza -a kid poor enough to get an identity card, living in a harsh environment- , used to make jersey from plastic bag to somehow reach his dreams .As the Plastic Industry , we became part of steps taken for Murtaza who wore a jersey made of plastic bag. We are glad to be part of this little football fan's meeting with Messi and realize his dreams. “

Please click here or on the image to view the video.