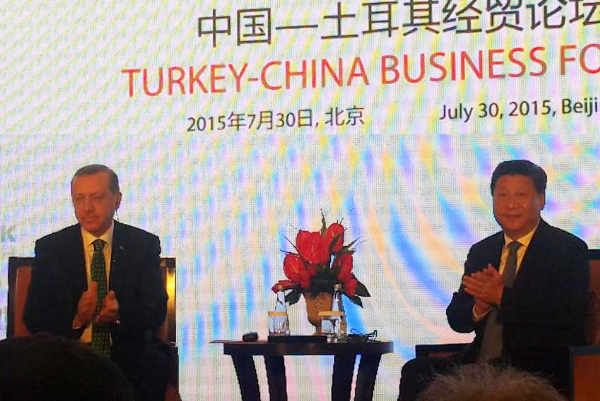 During its China visit, PAGEV signed reciprocal agreements with Chinese plastic and petrochemical companies. In the Turkey-China Business Forum arranged by the Foreign Economic Relations Board, a decision on partnership for regional investments was taken, and substantial meetings were held on increasing Turkish plastics industry exports to China.

During President of the Republic Recep Tayyip Erdoğan's China-Indonesia visit, PAGEV attended the Turkey-China Business Forum arranged by the Foreign Economic Relations Board, signing reciprocal agreements with plastics and petrochemical industries in China. 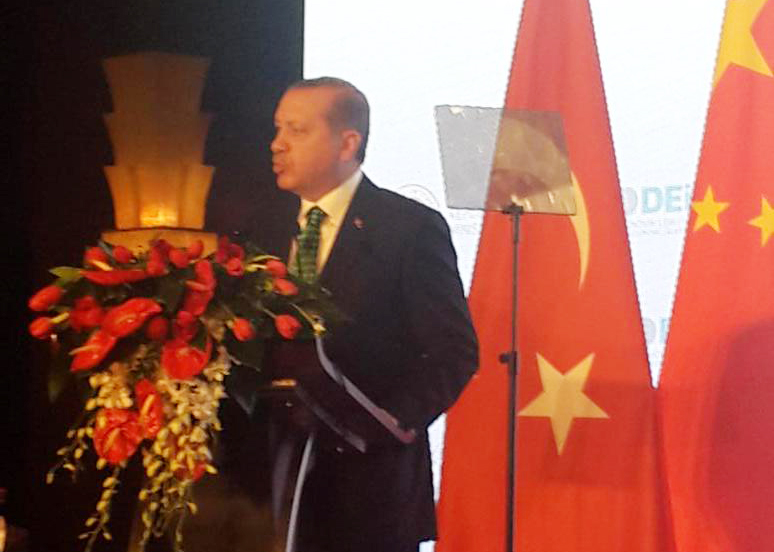 There is a similar situation in Turkish plastics industry. With its 8.3 million tons of processing capacity, Turkey comes 7th in the world, and 2nd in the EU. Plastics processing industry in Turkey has around $2 billion foreign trade surplus, while petrochemical industry creates foreign trade deficit. China has $550 million trade surplus in the mutual plastics trade between China and Turkey. 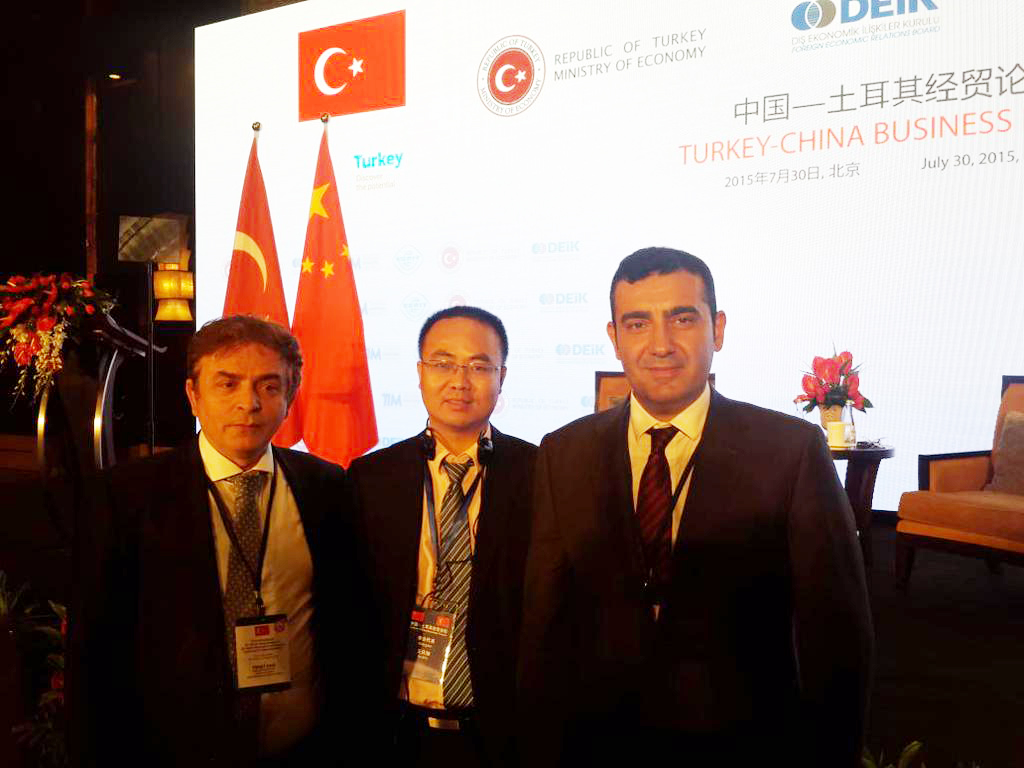 Yavuz Eroğlu, serving as the Chairman of the Executive Board of PAGEV, explained that the business forum with world's largest plastics manufacturer China was useful, and said "As PAGEV, we signed important agreements on behalf of Turkish plastics industry in the Turkey-China Business Forum. We worked on how to reduce current account deficit and increase reciprocal investments. We agreed on increasing Turkish plastics manufacturers' export to China, and bilateral efforts of plastic companies to establish a partnership for regional co-investments. We also discussed improving Turkey's plastic construction products export –the top export item in Turkey– to China. And we negotiated investment opportunities in Turkey to enable Chinese petrochemical companies to supply raw materials to Turkey and the EU, owing to Turkey's special position on energy transmission lines and its recognition as a base for energy." 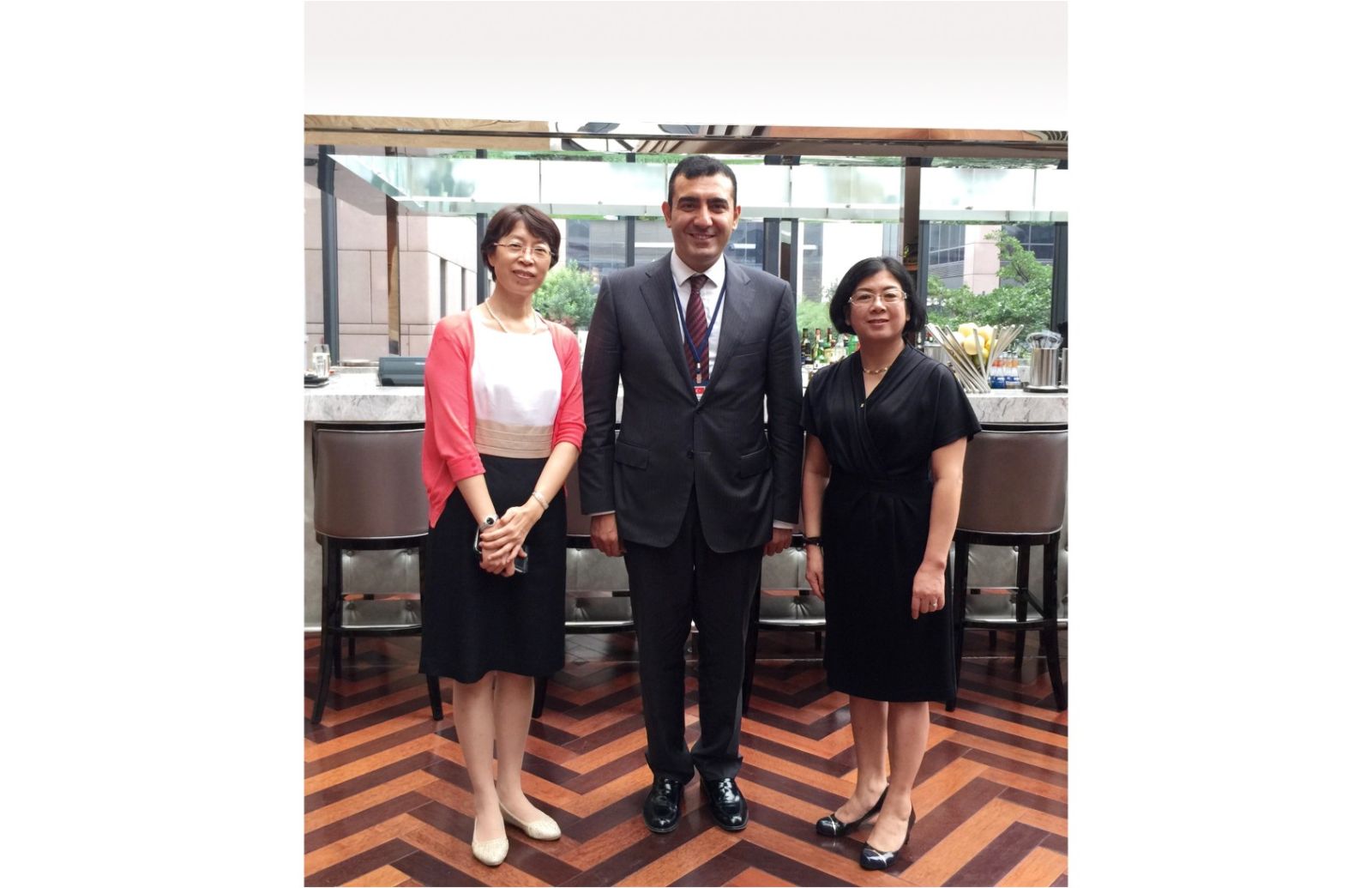 "China has the largest plastics processing capacity in the world, but its production of petrochemicals is barely sufficient. This is mitigated by long-term agreements with oil-rich Africa and Middle East that provide security of supply. Moreover, it utilizes alternative resources i.e. coal for production of petrochemicals. It generates electricity –the second largest input of petrochemical industry– through nuclear power plants. China is the largest builder of nuclear power plants in the world, and many nuclear plants are under construction. On top of all this, petrochemical investments are promoted in China through incentives to reduce both input and investment costs. In other words, China encourages investments in the petrochemical industry rather than levying taxes and imposing protection measures on raw material imports. We believe that this approach will be successful in Turkey, too. Co-investments are becoming more important in an increasingly globalized world. During the Turkey-China Business Forum, we have agreed on developing facilitative measures that will give momentum to the investments on Turkish plastics industry in the region to boost commodity export. We believe that these agreements will positively contribute to the growth of our industry in the near future" said Yavuz Eroğlu, concluding his words.

Please find the relevant news published by PARA Dergisi below. 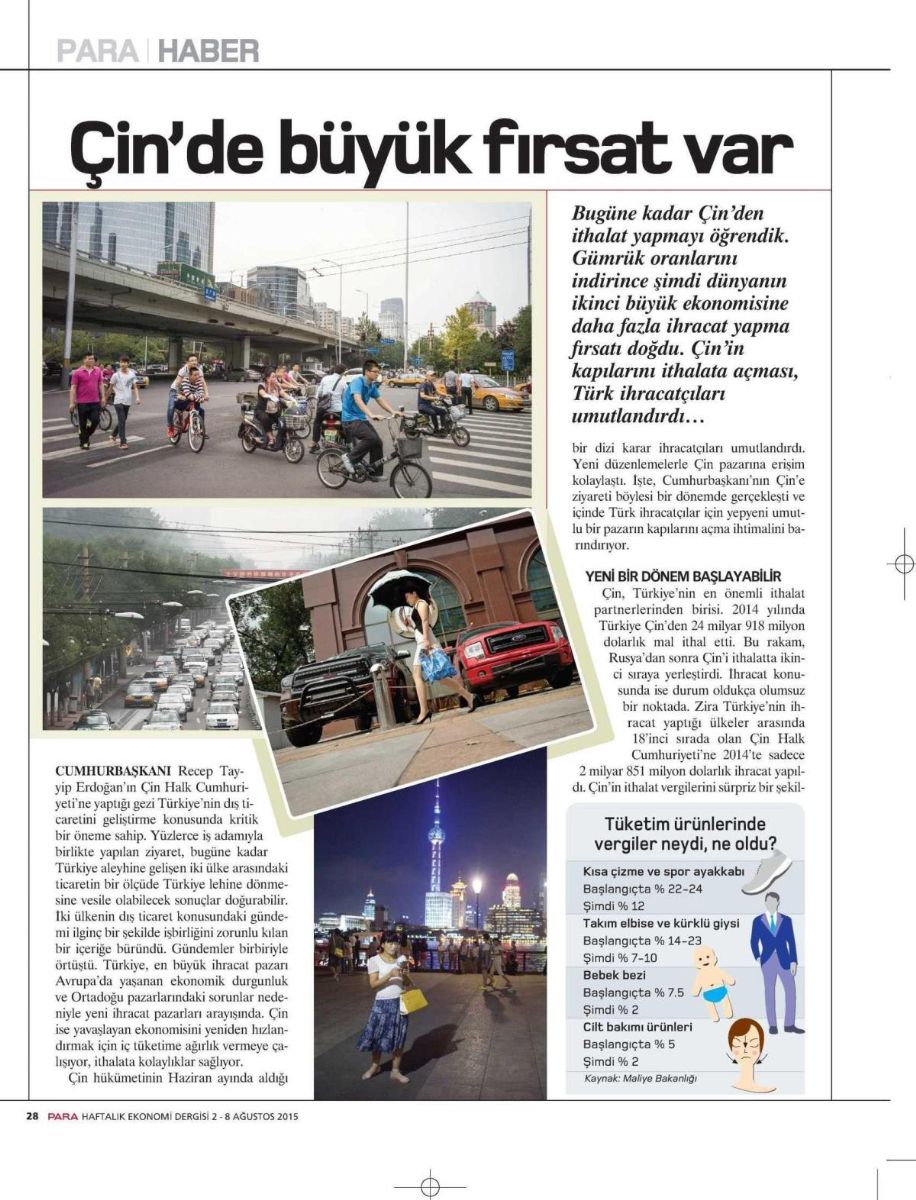 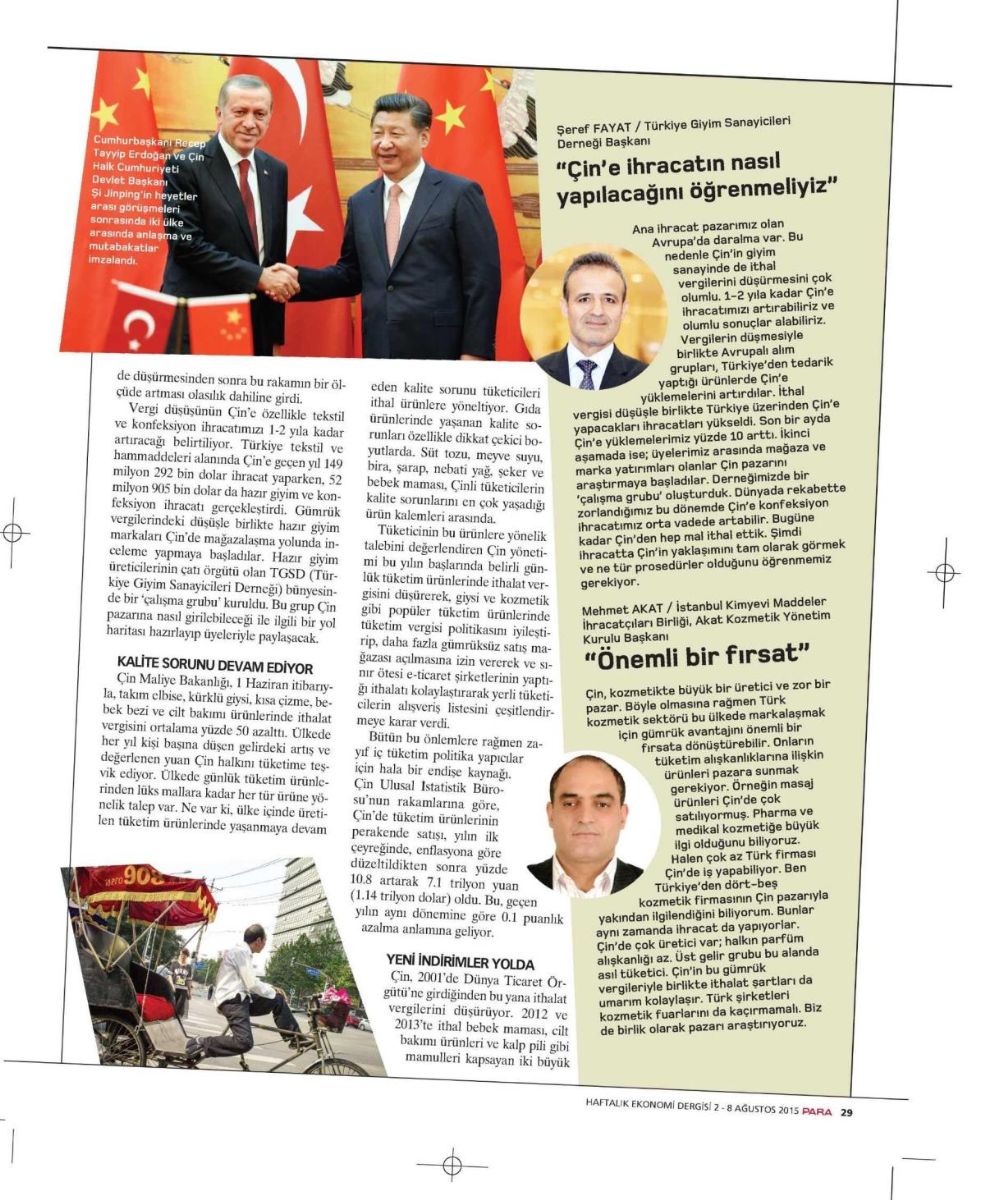 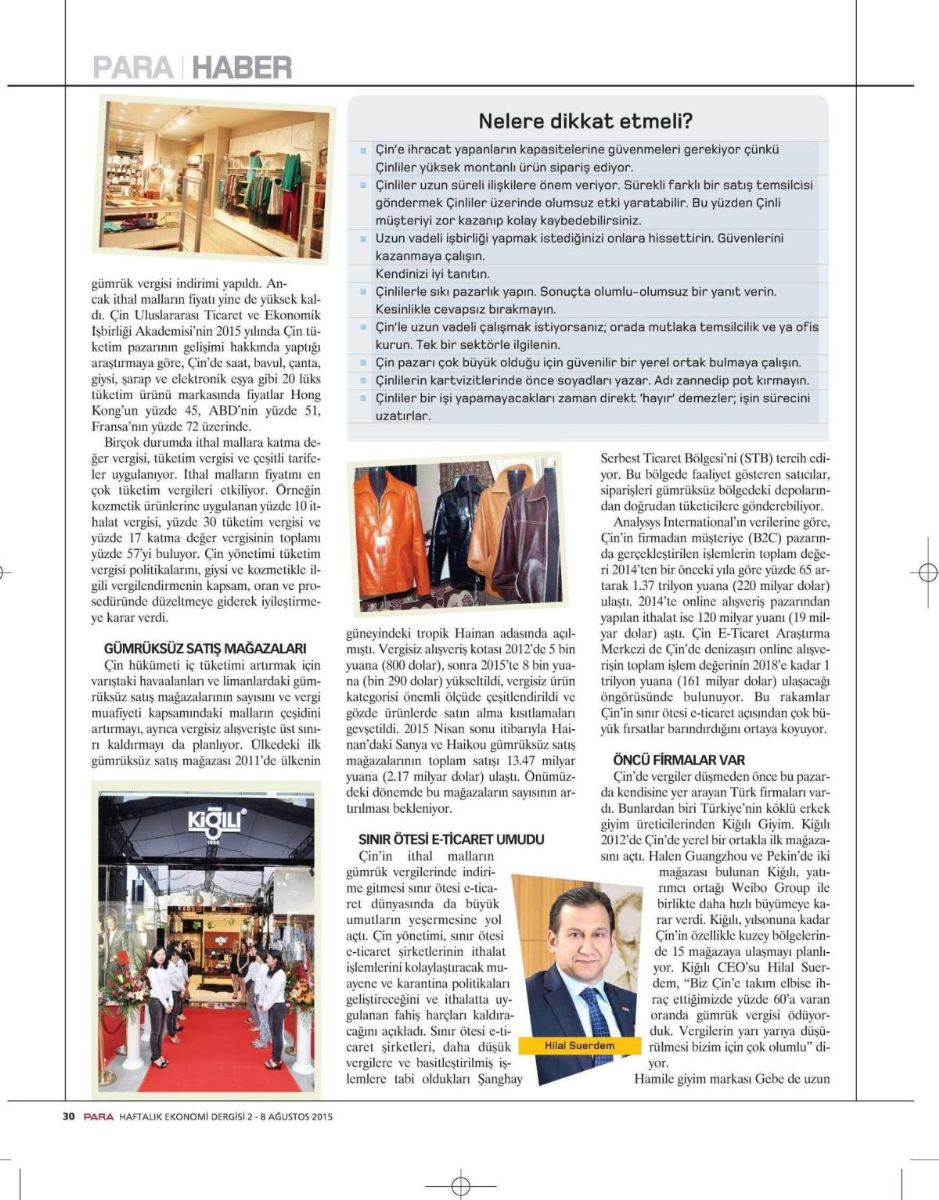 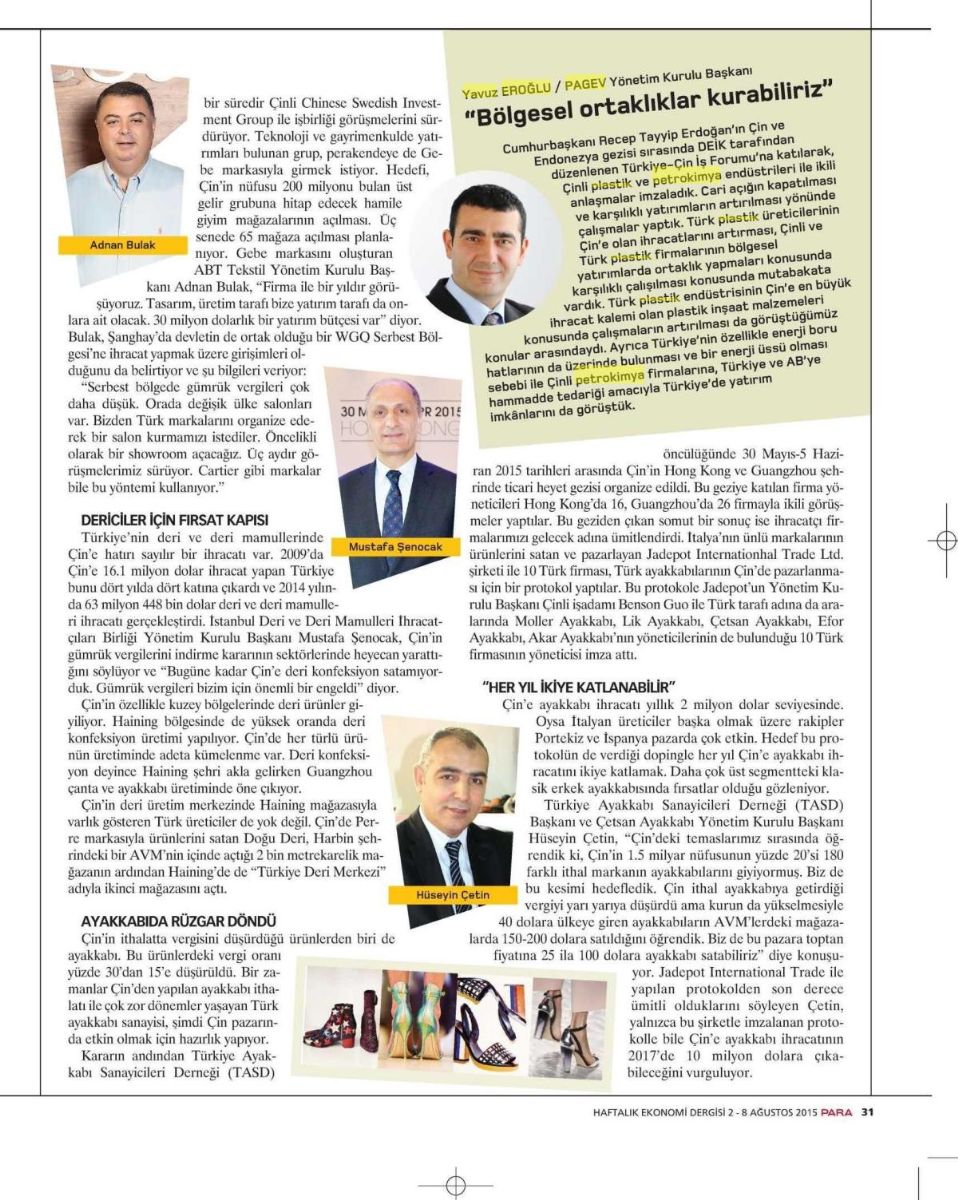