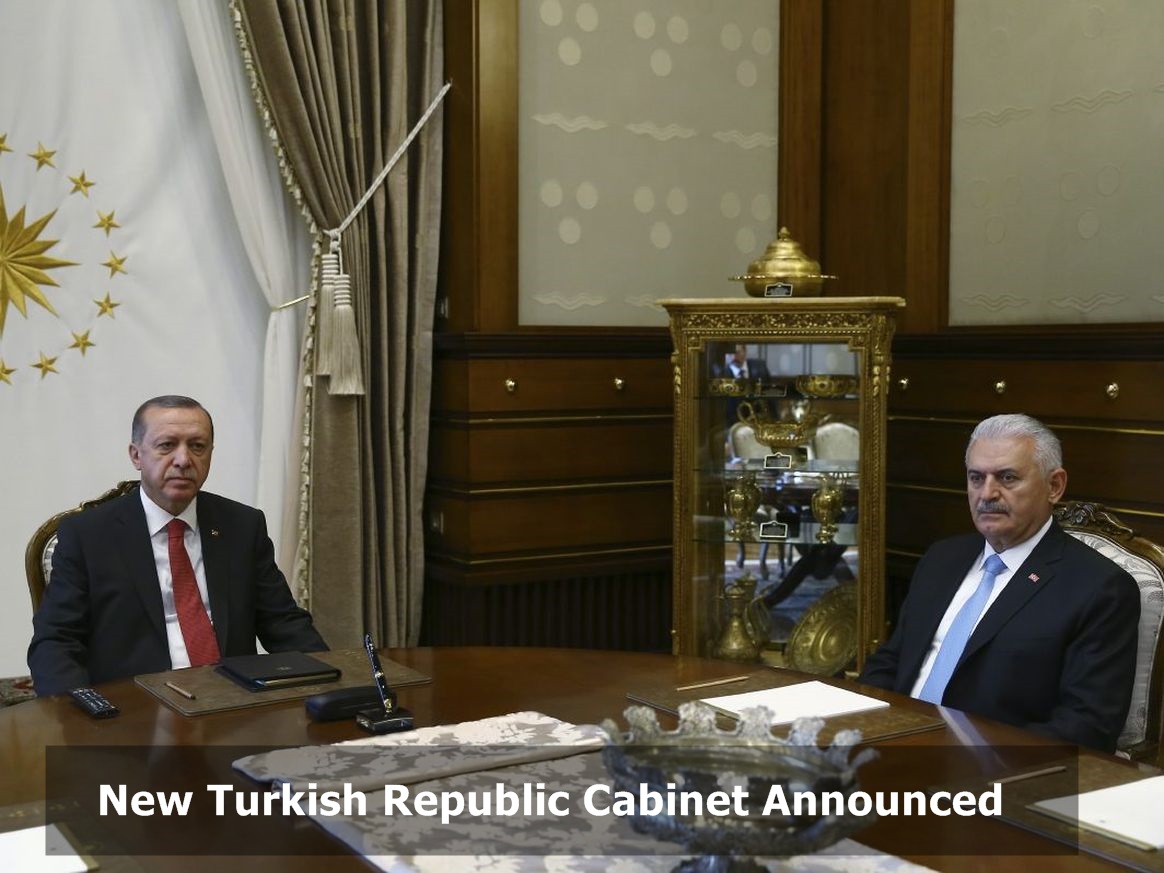 Prime Minister Binali Yıldırım held a press conference revealing Turkey’s 66th government. PAGEV president commented on the cabinet saying that ”We welcome the new cabinet as Industry . We are happy that Industry and Economy related ministeries have not changed. We will continue to work together with our ministeries, with our well built trust to achieve more successfull results for the Plastics, Rubber and Composites Industries”.

A quick look at the new cabinet reveals a slight change to an otherwise intact team in charge of the economy.

Former Deputy Prime Minister Nurettin Canikli, who was in charge of major economic institutions like the Banking Supervisory and Regulatory Authority (BDDK), the Capital Markets Board (SPK), the Savings Deposit Insurance Fund (TMSF) and Eximbank has now been appointed as Minister of Defense.

Aside from a possible consolidation of economic decision-making under DPM Şimşek, all other Ministers in charge of various aspects of the Turkish economy have remained in position, including Nihat Zeybekci as Minister of Economy and Naci Ağbal as Minister of Finance. The decision comes following a first quarter GDP growth reaching 5 percent and ahead of a July 21 decision by Fitch on Turkey’s credit rating.

Sectoral Highlights
The new cabinet is expected to focus on reforms necessary to harmonize Turkey’s legal architecture with its new Constitution, which will go into effect in 2019. The most significant change comes to the Ministry of Health and Ministry of Labor and Social Security.

The architect of Turkey’s healthcare reform, Dr. Recep Akdağ has been named a Deputy Prime Minister, while Ahmet Demircan has now become the new Minister of Health. Dr. Demircan, a medical doctor from Samsun, is a former state Minister, who served in 1996 under the Welfare Party, AKP’s predecessor.

The Ministry of Labor and Social Security, which houses Turkey’s Social Security Administration (SGK), will now be led by Jülide Sarıeroğlu, the second female minister and the youngest member of the new Cabinet.

Ministers of Science, Technology & Industry, as well as Transport, Communications & Maritime remained unchanged, as Minister Özlü and Minister Arslan are expected to carry out government policies, including large infrastructure development projects that are already in place.

A complete list of Turkey’s new cabinet members can be seen below: